The Beer Drinker's Guide to Munich

This is home to the completely revised and expanded 7th edition of Munich's most popular beer guide, The Beer Drinker's Guide to Munich. It's a field manual to the best the city has to offer. From Munich's massive beer gardens — seating for 8,000 — to its cavernous beerhalls, brewpub restaurants and late-night hotspots, a complete tour of the city is here for those who want to learn more about Munich and its beer. 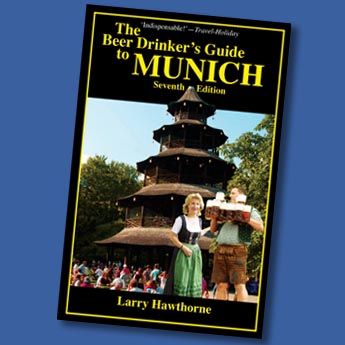 About The beer drinker's guide to Munich over the years

Introduction: Welcome to the seventh edition of The Beer Drinker's Guide to Munich. This edition is fully revised, updated and expanded with more beer gardens and beer halls than ever before along with honest assessments, ratings and reviews. There are maps to take you there and where there's a story behind these fascinating establishments, we try to tell it. A good number of those stories revolve around Oktoberfest and the city's other worthwhile festivals. In the back there's an updated calendar projecting events out to the year 2019. The book is not so much about beer – all Munich beer is great – as it is about where to find and drink it. And that's why this is the "beer drinker's" and not just the "beer" guide to Munich. Beginning with the fourth edition, members of the "5-Beer Club” – those establishments that earned an ultimate 5-beer rating and "best of the best"ť among Munich's beer emporia – extended the welcome mat where it matters most. They agreed to a "buy one, get one free" beer offer that makes a visit to Munich easy on the pocket book while you enjoy the best the city has to offer. Continuing with this seventh edition are tear-out coupons in the back of the book, although naturally those participating vary along with their ratings. Use the guide and the coupons just a couple of times and the book has more than paid for itself in free beer. Prosit!

Origins:Those familiar with earlier editions of the BDG2M should know this book is a true labor of love. It began as a notion one day nearly 35 years ago while sitting alone in the Hirschgarten along with the usual crowd of 8,000 or so Münchners in attendance. Struck that nowhere in the din of conversation was a word of English to be heard, I realized then that visitors from around the world love Munich. They love the food, the beer, the museums, the churches. They are fascinated by the friendly, fun-loving Bavarians and are sure to include Munich on every tour itinerary. But when it comes to a knowledge of the city, they're like Columbus in search of the New World: not sure where they're going, or how to get there. And then they have trouble putting their digital stills together when they get back because they're not certain where they have been. This guide is an answer to that, although the natural restrictions of time and writer's cramp have winnowed the field of worthy beer establishments down to just the very best. The best, as you will see, does not always mean the biggest, or the most famous. But it does mean the ones where the adventurous traveler can expect to find the most fun. It will lead you to those places that, as though they were some closely guarded state secret, are overlooked by most visitors to Munich. More than addresses or landmarks on a map, each beer garden, beer hall or beer pub has its own compelling story and colorful history, often closely linked with Munich itself. There is life after the Hofbräuhaus. You only have to find it!

Here are some notes on each edition, from 1991 to today: 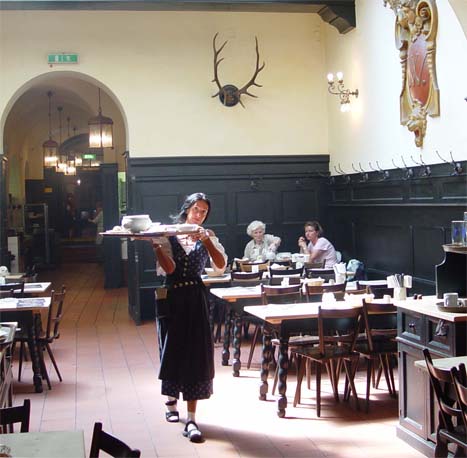 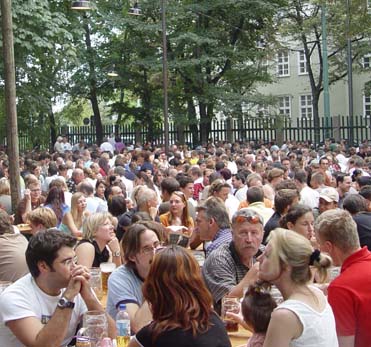 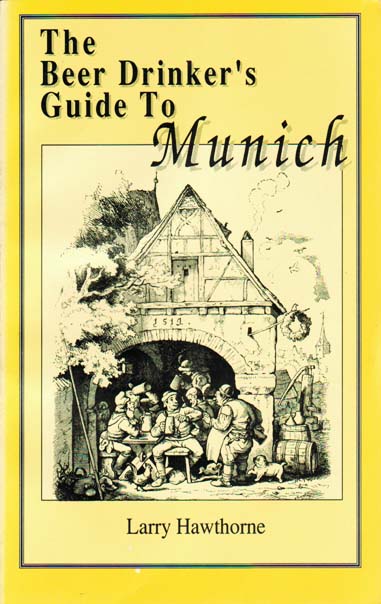 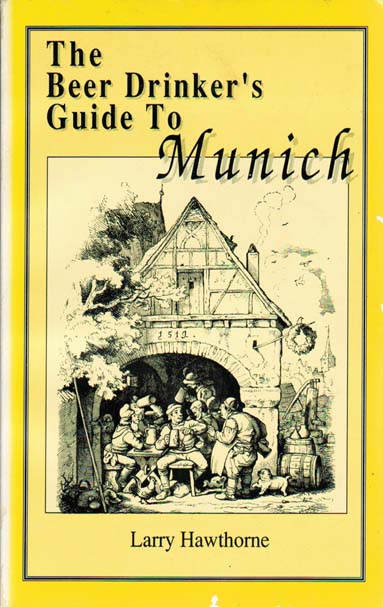 2nd edition, 1992, was actually a revised and updated reprint of the first edition. 160 pages. 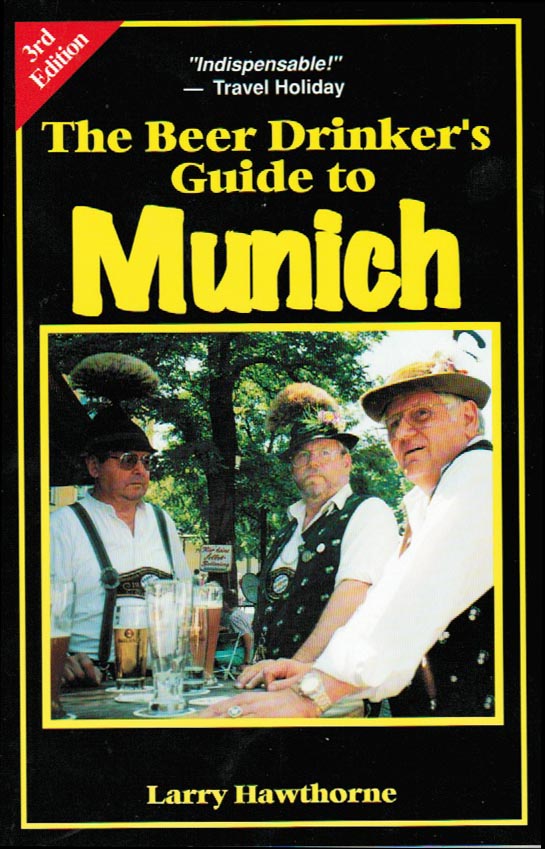 3rd edition, 1995 was a completely re-edited and expanded version, with the first four-color cover, as well as a four-color transit map on the inside back cover. 208 pages. 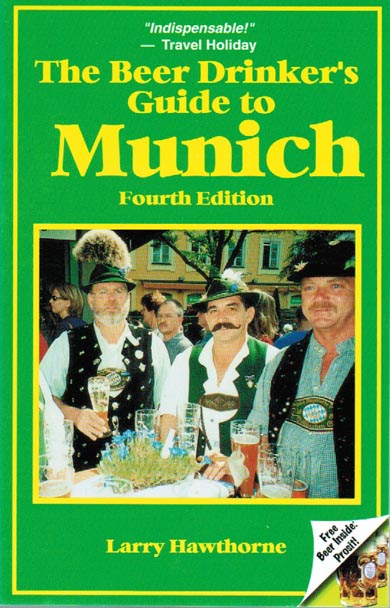 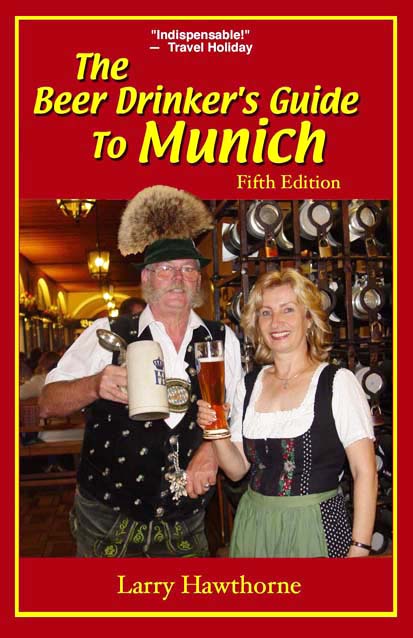 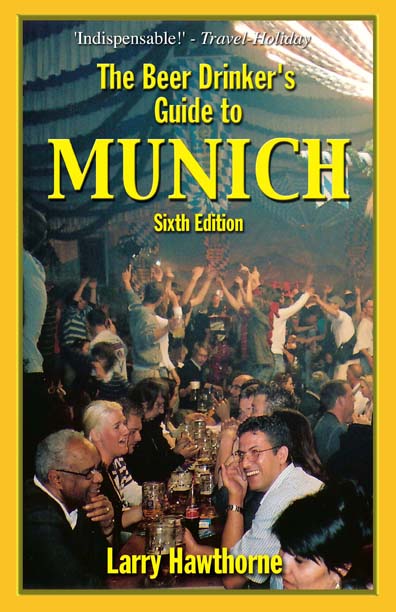 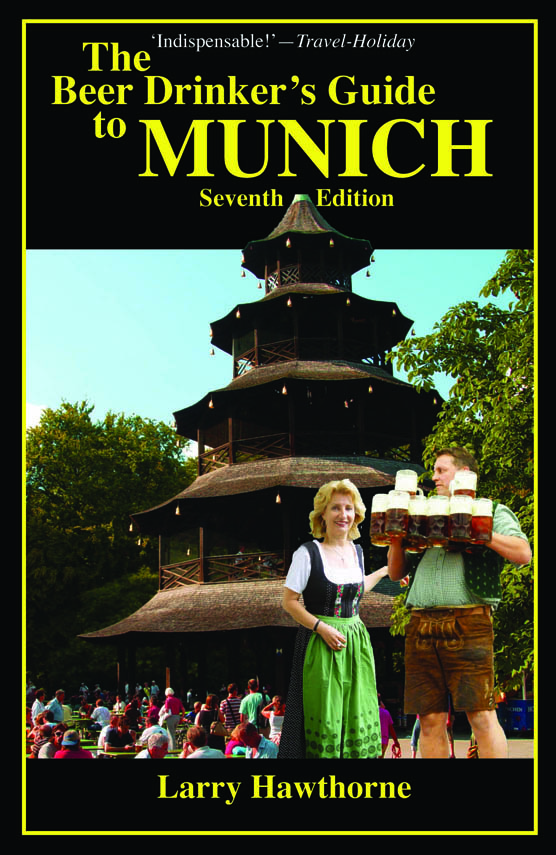